One technique you will need to work on at Grade 2 is performing riffs made up of single notes and chords. When playing passages like this, you may experience some challenges with the picking. During your first few attempts at this style of playing you will probably notice that the single notes sound a lot quieter than the chords. This is because most guitarists will instinctively pick multiple notes harder to catch all the required strings. In this Technical Focus we are going to look at ways to improve your ability to balance single notes and chords.

In this exercise we are going to use 3 chords, D5, C5 and A#5 along with an open low E string. Each of these notes is a quarter beat long. We are playing the open note on the 1 and 3 of each bar, and the chord on the 2 and 4. The aim here is to strike the open string with the same force as the chord. As most people inherently strum harder when playing multiple notes, it might be worth initially playing the single string harder than usual to get the single notes to the same volume as the chord.

Using the same chords and the same rhythm, we can repeat that exercise but this time the single note has been changed from an open E string to the root not of each of the chords. Your hand will stay in one position for each bar, but you will alternate between picking the root note on the A string on the 1 and 3 beats and the chord on the A and D strings together on the 2 and 4 beats.

It’s worth taking your time to familiarise yourself with the single note runs so that you can focus on the accuracy and speed of playing them with the chord.

In this exercise we will be using full chords instead of 5th chords, we will be using a D, A and G chord along with single note runs that span multiple strings. This will be the most challenging example to run over as it contains multiple techniques and uses all 6 strings of the guitar in some degree.

Bars 3 and 4 follow the same format, starting with a G chord played on beats 1 and 2 of the third bar before a 4 beat single note run spanning the two bars. The run starts on the 3rd fret of the low E string (G) on the third beat before finishing the bar with the open A string on the 4th beat. Crossing into the final bar we have the 2nd (B) and 4th (C#) frets played on beats 1 and 2 before ending with 2 strums of the D chord on beats 3 and 4.

This full passage is tricky to master and will take good left and right hand coordination. The most important thing to aim for across all these exercises is consistency in timing and volume between picked notes and full chords. You want to pick your single notes harder, or pull back on the strumming of your chords, so that nothing gets lost in the transitional periods between chord changes and single note sections.

The timing for each section has been kept “on the beat” to allow you to focus on the picking dynamics but it’s worth remembering that other pieces you may learn will not stick to such rigid timing and will require picking consistency across some more complex rhythmic patterns.

By the end of working across these 5 exercises, you should have a better understanding of balancing single notes with chords and improved left and right hand coordination and dynamics.

Matthew Rusk is a guitar teacher and professional musician based in Sheffield. He runs mgrmusic.com – a platform that helps music students to find fantastic local music teachers, enabling these students to quickly progress on their chosen instrument. If you are interested in finding a local guitar teacher simply visit mgrmusic.com/guitar-lessons to start your journey as a guitarist. 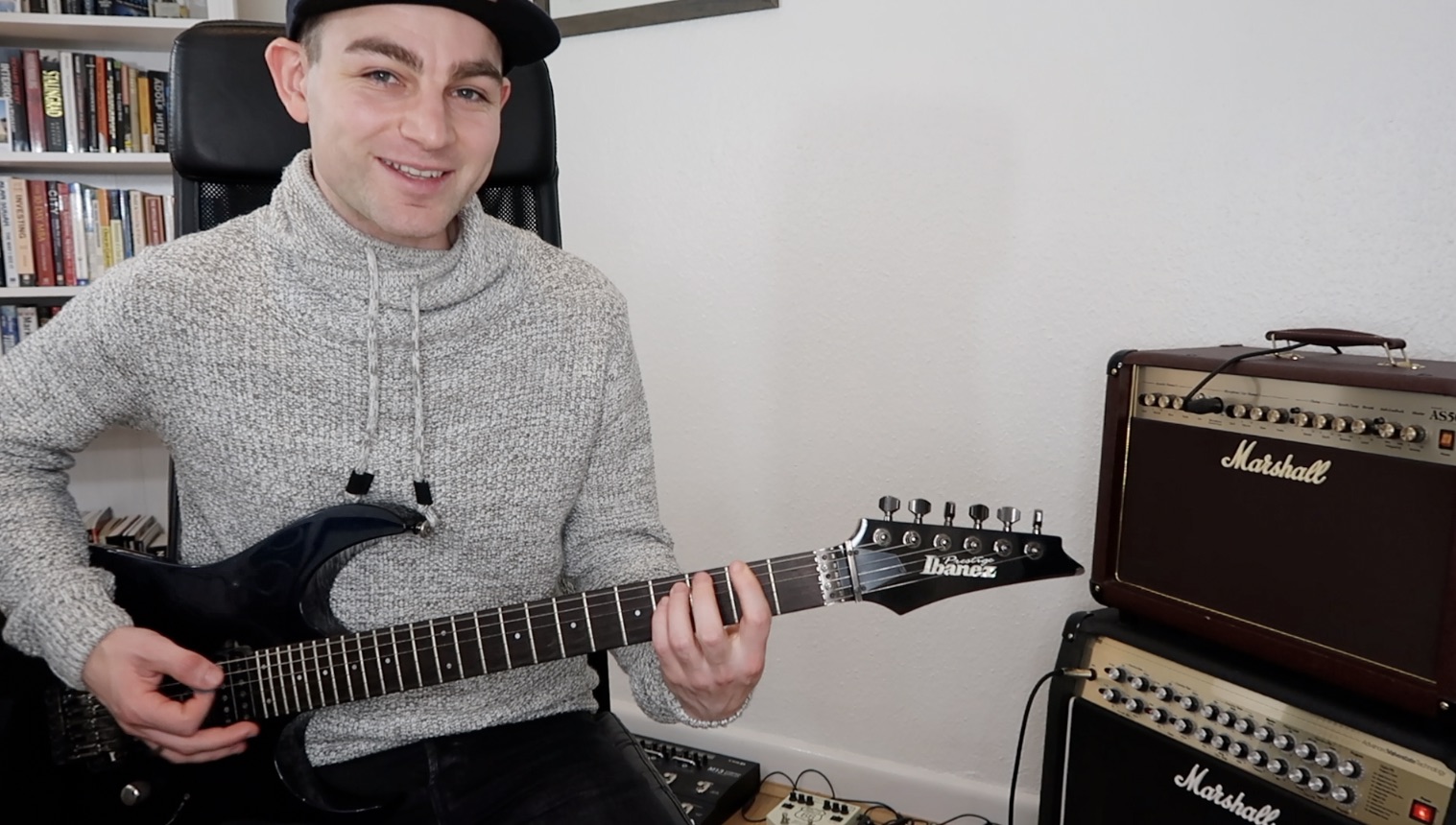