Grade 4 Technical Focus: Consistency in the verse and rhythmic independence

For a song in a simple rock beat there are some tricky parts in 'Jump' by Van Halen. There are two key aspects to getting through this song: independence and consistency. In order to conquer these aspects you must think of each verse and chorus as a single repeated pattern, and the bridge as a sticking pattern.

Consistency in the verse

This is your verse and chorus (with added crashes on beats 1 and 2 in the chorus), nothing more, nothing less. Try to think of this as a 2/4 pattern and focus on hearing this repeated phrase in your head. Your brain will recognise how many of these are supposed to play in each section if you have counted how many bars are in each section, so go with what feels normal. Since the song is rock music, 16 bar phrases are commonplace for verses, and 8 or 16 bars for choruses. Keeping the same short phrase going for so long (we’re talking 32 repetitions in the verse) can be arduous, and if you’re not already comfortable with playing it can be easy to get lost, so try to keep track of every 4 bars (that’s 8 repetitions) and go from there. Divide everything into 4s in your head and you’ll never lose track.

Now we have the bridge, and the first two bars are the tricky independent part. The rest, no doubt, you’ll have cracked, as the beat is similar to the verse but with an added feel on the off-beat of 4. Imagine this phrase as a sticking pattern instead. Learn it on your hands and then add your kick and remember that your kick follows the bass, so listen out for the bass and respond with your kick. These exercises will help:

Building more rhythmic independence is always handy for learning beats that play on and off the beat, especially when this happens frequently. It will give you freedom of choice of what limb plays over what beat, and when. Don’t be afraid to try out your own patterns and move limbs around the kit. This beat, for example, follows a 'Both – Right-Left-Right' type sticking pattern, and that can be played anywhere on the kit. This will help you separate out your hands and wrists (that play your rhythm and sticking) from your elbows (that move them around). One great way to do this is by taking a pattern you know (let’s say this one!) and just move it around. Learn these step by step and you’ll find it much easier moving parts around:

These four patterns move your left hand in 1 and 2, and both right and left in 3 and 4. They are simple concepts but can go a long way in terms of independent movement around the kit - it’s essentially patting your head and rubbing your stomach, but harder. But it doesn’t have to be hard if you use what you already know in your wrists, and move it to new places with your elbows. Try to think of sounds rather than exactly where you want to move to, and your brain will automatically take you there.

Tom Warner is a drum tutor based in Sheffield, UK. He is in the process of completing a Masters Degree in Creative Practice revolving around Physiotherapy and Neurotherapy with drumming at the heart, and has the intention of starting a PhD by 2021 to further his studies in drumming as a clinical therapy. He has worked as a leading drum teacher at mgrmusic.com since 2014, teaching hundreds of students during this time. 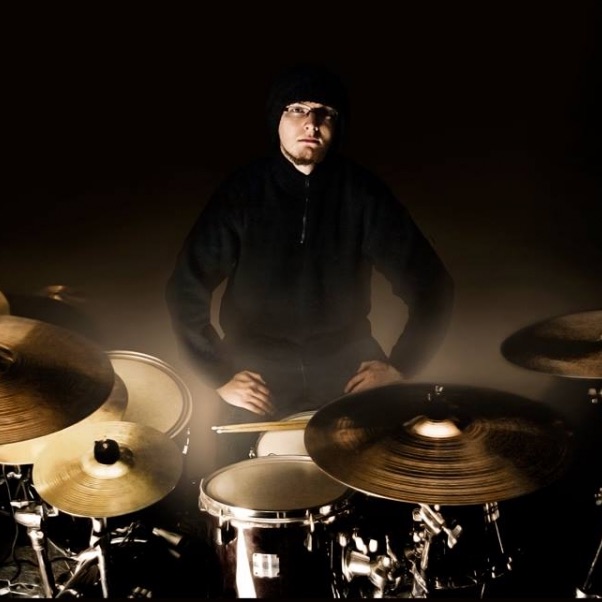